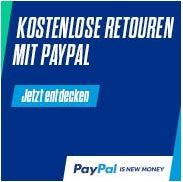 In stock
can be shipped within 2-6 days

This OM silver jewelry pendant looks particularly authentic. The OM symbol has an engraved contour and is applied to a round frame - the OM symbol has a three-dimensional effect, which is emphasized by the slightly blackened silver of the artistic graphic pattern of the silver frame. The pendant is made entirely of 925 sterling silver, the pendant loop has a geometric ornament. Tasteful, handcrafted jewelry for ♀ + ♂ women and men in ethnic style from India.

OM - a mystical symbol for divine energy, transcendence or absolute existence.
Further details can be found on OM Wikipedia
Much more information (only in German language) about the OM Symbol can be found on bhagavad.de